In the past 20 years or so, divorcing fathers have been stepping forward in ever increasing numbers with a strong and genuine request to remain involved in their children’s lives despite what may have gone wrong in their marriage. There are several reasons for this change. Some of this is due to very positive societal changes in regard to the abandonment of what have been traditional roles for fathers and mothers within the family. Fathers have simply become more involved in all areas. Some of the change is also in response to the fathers’ rights movement. Change has additionally occurred as so many fathers have come to realize that the former bias against them in court has long since dissipated, and in many jurisdictions the bias simply no longer exists.

In my own work as a custody and parenting plan evaluator, the awareness of fathers’ rights and the increased involvement of fathers in general has led to a very common request from divorcing fathers that they be granted joint legal custody of the children and that the parenting plan involve shared equal or 50-50% placement between parental homes. This request is evaluated with the same thoroughness as any other request would be, and many families settle on shared equal placement even if joint custody is not feasible and a sole custodial arrangement is court-ordered.

In Oregon, the Court cannot order joint custody unless both parents agree to the terms and conditions of such an order. In addition, if both parents agree or stipulate to the establishment of joint custody, the Court cannot overrule that agreement by ordering sole custody to one parent. (Please see ORS 107.169 for the wording in the Oregon statute).

As a custody evaluator with many years experience, I have two concerns with Oregon’s joint custody statute as it regards the post-divorce period. First of all, because the Court must order it at the parents’ joint request, there are many cases that later end up back in court because the parents do not possess the interpersonal and co-parenting prerequisites upon which successful joint custody is based. Fully 25% of the custody and parenting plan evaluations that I conduct involve legal modifications that follow very quickly upon an inappropriate stipulation to joint legal custody.

Secondly, sole custody in Oregon can only be challenged with a significant change of circumstance, but joint custody can be re-opened for Court consideration by the simple step of either parent indicating an inability or unwillingness to continue to cooperate. In other words, either parent can get up in the morning, declare that the arrangement is not working, and bring the whole issue of sole custody back up for legal consideration. This requirement in the law for a very weak “change of circumstance” sets up many situations where parents make an “almost commitment” to joint custody rather than a comprehensive and robust commitment to make the arrangement work for the children. Just as there is no such thing as being “almost pregnant,” there is no such thing as an “almost commitment” when it comes to raising children in a co-parenting arrangement. Consequently, many of these half-hearted arrangements fall apart and the family ends back up in a custody evaluation and a return to the court process.

At some point, Oregon’s joint custody statute may be revised to make the system work better for children, but in the meantime a lot of heartache can be avoided by divorcing parents if they would take a calm and very objective look at whether or not they can really make joint custody work. This is a difficult thing to do, and their attorneys could likely be very helpful to them in doing the soul-searching that is necessary. When joint custody works well, regardless of the parenting plan format (which does not have to be 50-50%), both parents seem to enjoy the existence of an “even playing field” and the comfortable nature of the decision-making process in the post-divorce period. However, when an inappropriate stipulation to joint custody is made, a return to the stress and financial burden of a return to court is almost guaranteed.

What follows are some thoughts to consider if you are in the middle of a divorce and are considering stipulating to joint legal custody. Many of these same issues relate to the success of shared equal placement, although that can work well or not at all under a sole custody arrangement as well. Like all generalities, there would be exceptions to everyone of the issues listed below, but considering these issues may help you make a good decision.

Some issues not to be ignored if a Court order for joint legal custody is to work for the children:

The Oregon statute for joint legal custody exists for very good reason. There is overwhelming research within the mental health field in support of the fact that children in general do best in their development if they have a robust relationship with both of their parents. This is also state policy in Oregon (please see ORS 107.149). Nonetheless, divorcing parents need to go into a stipulation to joint legal custody in a calm and thoughtful fashion. They need to be objective and honest in their self-evaluation. They need to be willing to commit whole-heartedly to the arrangement. If they meet these prerequisites, joint legal custody can certainly be in their children’s best interest as well as in the best interest of the entire family system in the post-divorce period. 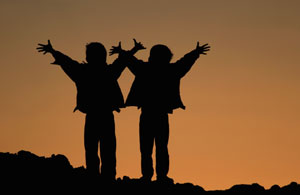